A look back at 2020: Advisen Data Spotlight

When the clock struck midnight on the last day of 2020, it marked the end of a year marred by catastrophe—the outbreak of COVID-19, high-profile data breaches, opioid litigation and corporate scandal, to name a few. To put the year in perspective, we decided to look back at some of the largest and most notable losses of 2020, which may consequently provide insights for loss trends in 2021.

In 2020, the median cost of the losses we tracked was $380,000—a 12% increase from $340,000 in 2019. Looking at the top five industries with the highest median loss cost in 2020, nearly all showed increased severity from prior years. While the median loss cost of 2020 may change as more data is added to the database, the graph below reflects a general increase in loss severity over time among these five industries, according to Advisen data.

Products liability losses were more severe in 2020 than any year in the past decade, accounting for $11 billion in losses within the top five industries. A $10 billion settlement announced by pharmaceutical and chemical company Bayer over the controversial weed-killer Roundup—which some groups believe causes cancer—greatly contributed to the severity of products liability losses in 2020, according to Advisen’s database. 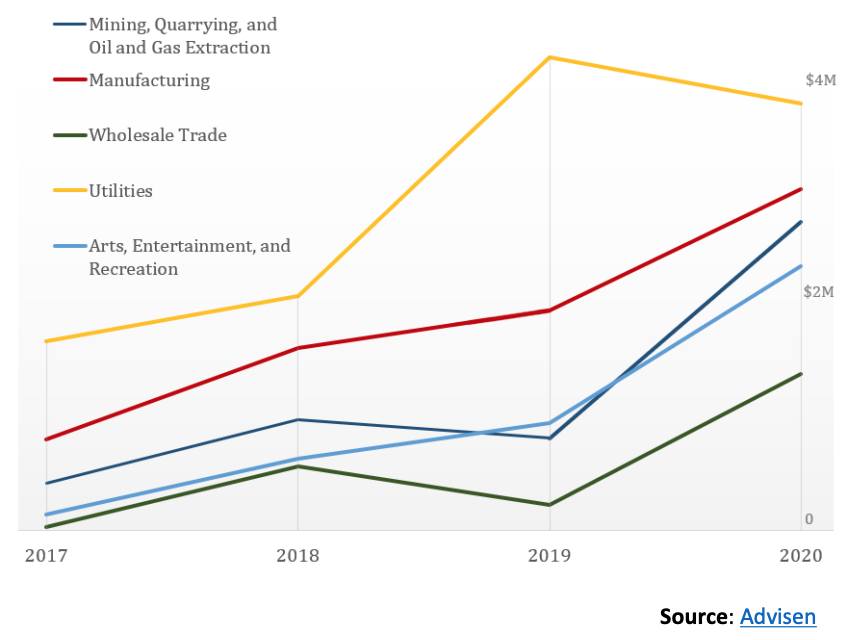 The mining, quarrying, and oil and gas extraction industry represents companies that extract natural solids, liquids and gases from the earth. This industry also includes quarrying, well operations and other activities associated with mining activities or the mine site.

The arts, entertainment and recreation sector includes a wide range of organizations that fulfill cultural, entertainment or recreational interests, including live performances, events, public exhibits and historical sites, among others.

Other notable losses in 2020 include:

The $10 billion Monsanto loss settlement (Bayer), mentioned previously, occurred in June, driving the loss severity for that month. In July 2020, JPMorgan Chase & Co. finalized a $4.5 billion settlement with investors over alleged breaches of representations and warranties with regard to the sale of residential mortgage loans from 2004 to 2008. The settlement includes $66 million to be paid to the investors’ counsel, Gibbs & Bruns. July also had the greatest loss severity of any month in 2019—double the severity of any other month. Previous years exhibit a wider variety among months with the greatest loss severity—January in 2018, September in 2017 and February in 2016. 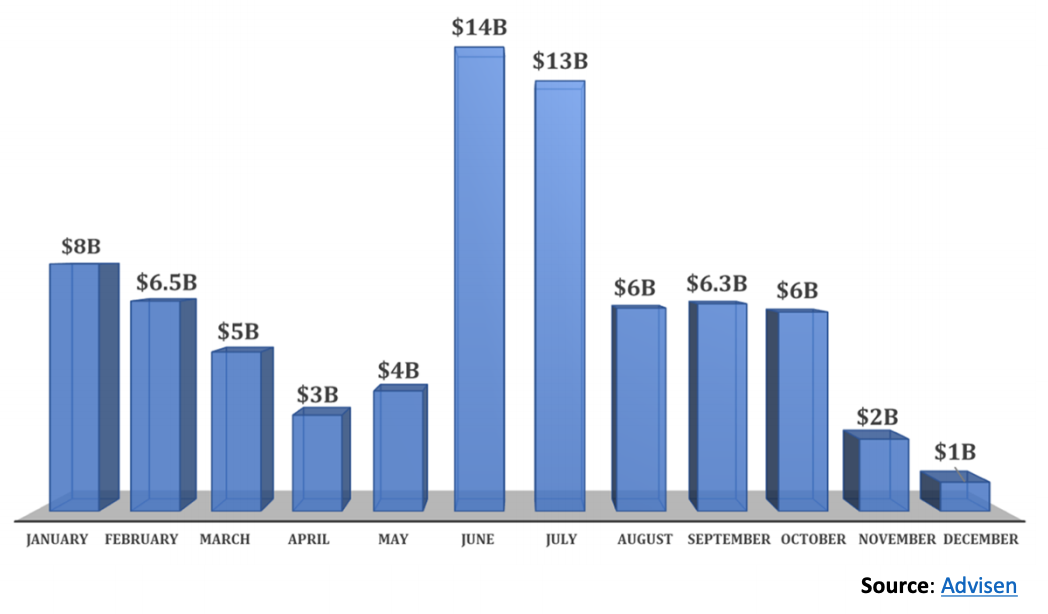 Looking at the types of losses seen most frequently in 2020, cyber accounted for the greatest frequency of losses that we tracked—driven by unauthorized contact or disclosure. The Blackbaud ransomware attack, in which cybercriminals were able to exfiltrate some users’ information from the cloud software provider, affected the greatest number of companies for all cyber losses tracked by Advisen in 2020.

Employment losses, business practices risks and financial practices were the next most frequent types of loss in 2020, according to Advisen data.

The four most frequent types of loss were the same in 2019, with only minor variations in percentages—23% of losses in 2019 stemmed from cyber, compared to 25% in 2020, according to Advisen’s database. The fifth most frequent loss in 2019 was trade practices risks at 8%, compared to shareholder risks at 8% in 2020.

In 2020, companies also continued to pay out from asbestos reserves. According to Advisen data, insurers paid a total of $360 million from asbestos loss reserves in 2020. This was an increase from 2019, but below the 10-year average for asbestos losses.

Losses in 2020 by Category, Frequency 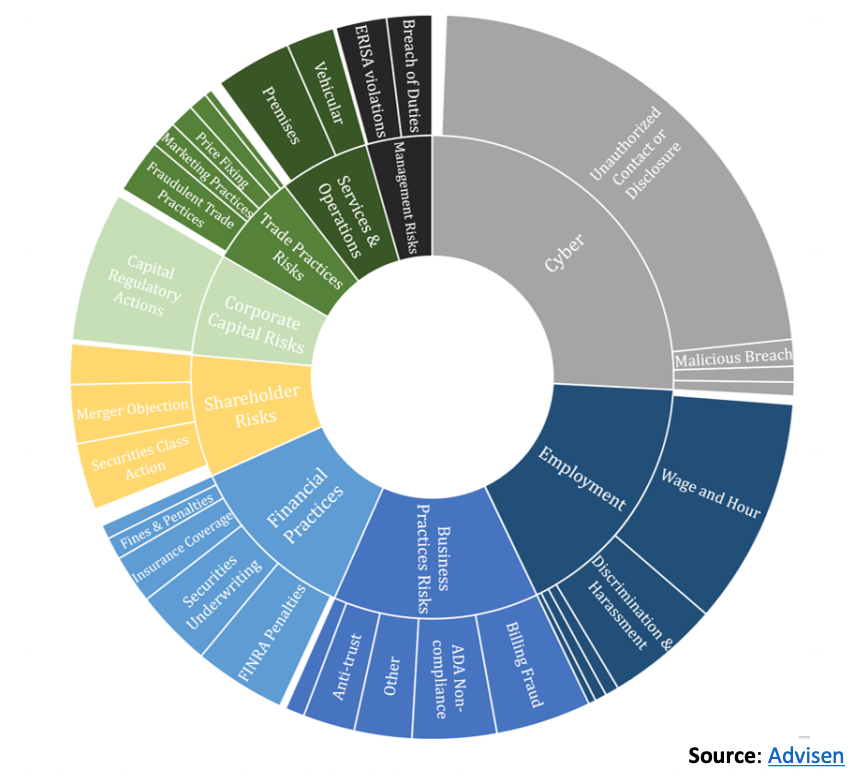 *This article should be used for informational purposes only and should not be considered financial advice. © 2021 Zywave, Inc. All rights reserved. Advisen’s loss data is curated from a wide variety of public sources. Our collection efforts focus on larger and more significant cases. For this reason, the figures in this article may not be fully representative of all cases of this type.